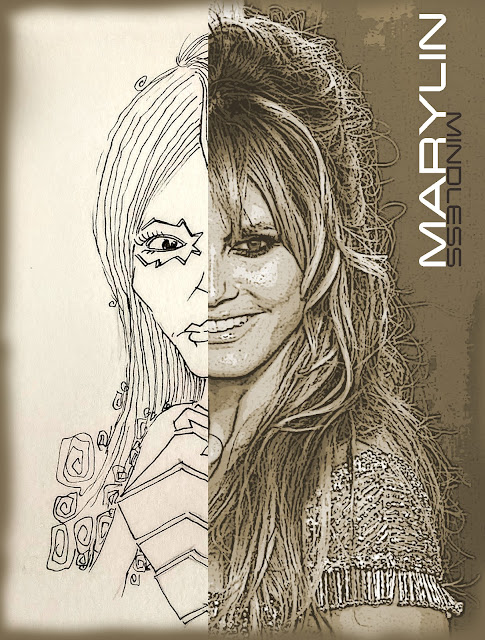 I would like to start by quoting a poem by the legendary Kortluskian poet, Alga:

Oh point avian
Whose pistols are worn
From the friction!

In the last session the troupe has brought their remotely controlled Blasta-Donn back to Crack Town (which they have named Barney). Entering on the western side they crushed Bernie Burnscroot’s small home.

An “Angry Mob” collects and moves towards the players. Smudge, the Dlugg Arcanist, emerges from Doop’s Scoop and joins the troupe. The mob is made up of Sony, Liquidfist, Bernie, Marylin, The Seven Chained Wizards of Rulk, Slim and his Daughter Allysha.  Slim is the mayor of the town, he's an old hume and gets around using a chair powered by ograg legs. (Doop notes that this guy must be the most powerful, because “If there's an angry mob, don't bring the guy in the wheelchair”). Bernie kicks off the session by rhetorically asking who is responsible for destroying his home and are they going to pay for it. The troupe explains that they are not responsible, the Blasta-Donn just followed them here and crushed his house(Never-mind the alien spacecraft hidden inside which was hurriedly pushed into Doop’s mindshack before anyone noticed). Slim smooths things over by offering some platitudes and specifically talks about cake, namely “apple strudel with brown things on it”. The mob is getting antsy as this new topic seems to be way off track. Allysha kicks one of the ograg legs under his chair and then in no uncertain terms explains that the troupe needs to obtain various forms of official paperwork from the Mayor's office. At the moment however, the monster needs to be removed from Crack Town immediately. Doop, in a tiny effort to placate the town's folk, opens up the portal to his mind shack and starts pushing out random building materials. Some notice that Marylin's gaze is locked on the opening to the mind shack. Once the random building materials have been pushed out, the troupe minus ChBaBaCh exit Crack Town to decide the next steps in dealing with the new monster pet. While they are puttering about Koko (the Nerd Roper) walks up and asks Perch if he can have Fifi, his pet Gargo-Fu, returned. The huge mutant four armed gargoyle has completely forgotten that there are animals glued to his body. The tiny creature is carefully peeled off. After Koko listens to the group talk about various game shows for a bit, he says “these creratures are stupid”. He drops Fifi to the ground who instantly picks up some mysterious scent and they rush off. Perch retrieves the two baby Garg-Coons from the glue globs still on his body and takes them back to the warren hole where he found them. 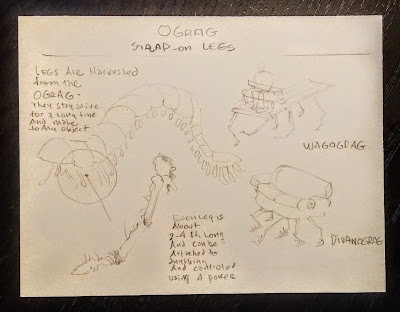 Back in Crack Town, ChBaBaCh chats with Marylin, who now is being treated with more caution by the townspeople, probably because her missing eye has been restored. ChBaBaCh (the insect worshiper of Glarrg) suggests that he show her what it's like to fly. This is a meta gaming pretext to fly up and see where Koko has run off to. Smudge gets a tad jealous and uses an Arcanic disc of levitron to catch up to them. ChBaBaCh spots Koko running into the koogle fir trees (on the quiz twice, no less!) as Marylin asks if she and the bug should “go adventuring themselves and just kill the rest of the group”. Marylin notices that ChBaBaCh is a little taken aback even though technically ChBaBaCha has no facial muscles to exhibit this expression. Maybe all this agency has gone to her cybernetic brain. Not sure if it is a joke or not, ChBaBaCh flies back to the troupe kicking around in front of Doop’s new Blasta-Donn. Doop is building armored platforms on its back and Perch is playing with sticks and rocks in a mock battle. Once ChBaBaCh lands, Marylin walks towards Perch, who is startled by this and throws rocks and sticks at Marylin (5 out of 7 attacks are hits, 51 damage total, BTW). The female android doesn't seem too shaken by this and agrees with the rest of the troupe that it is a small price to pay for agency. She tells them that the talk of killing everyone is a joke, and that for the next few days while she is trying out this new agency thing, that she would like to be a part of the group and go adventuring. 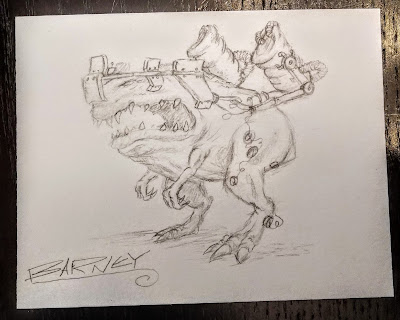 Join us next time!

BTW, here is this sessions quiz:
1) What did everyone used to have? (Furbys)
2) What is the scariest thing you will see in an angry mob? (A guy in a wheelchair)
3) Who has Eagle Eyes? (ChBaBaCh)
4) What kind of trees would you find in the Kortluskian forest? (Koogle trees)
5) Name two things ChBaBaCh does not not have? (Facial muscles and a sense of humor)
6) What is the name of the poet who wrote "Oh point avian whose pistols are worn from the friction!"? (Alga)
7) What is today's chant? (Cake! Cake! Cake!)
8) Who wakes up every morning thinking about a part of their body that is missing? (Orbo the Great)
9) Finish this quote: "Not only am I a fish..." (See above)
10) Why would you need parents to sign a waiver? (For their children to be in a game show in which contestants die)